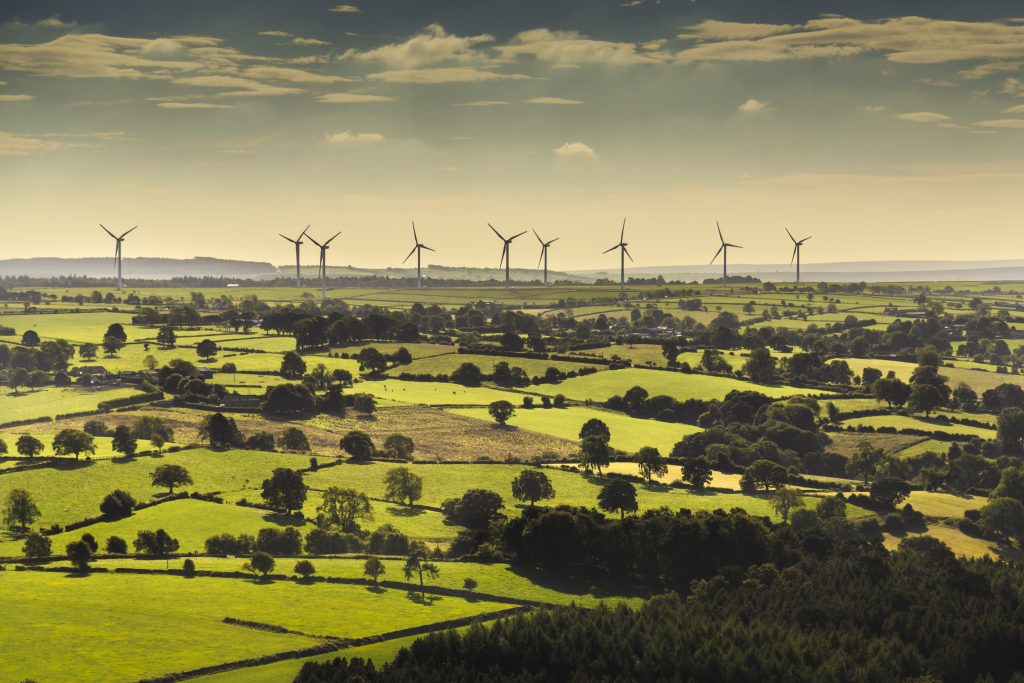 As part of its obligations under the Climate Change Act, the Government committed in summer 2019 to a target of net zero carbon emissions by 2050. The need to switch to low carbon electricity generation in new and existing homes, businesses and the transportation system, means that there will be significant challenges in achieving the 2050 target.

Alongside other new low carbon and renewable energy generation and energy storage facilities, the Government will require more energy to be delivered from renewable sources, specifically solar farms and onshore wind farms. Planning policies for onshore wind projects are severely restricted by Government policies dating from 2015 which stated that new onshore wind farms must be in areas identified in Local and Neighbourhood Plans as being suitable. The provisions in the National Planning Policy Framework (NPPF) for onshore wind remains unnecessarily negative and it is hoped that in the light of the 2050 net zero carbon emissions target, relaxation of NPPF policies in this connection is now justified.

Onshore wind energy projects remain controversial in communities, although there is evidence to suggest that in those areas where wind turbines have been successfully developed, many of the fears of those who originally opposed the proposals have dissipated when the turbines are turning. It is hoped that the heightened climate change agenda will help to reduce the level of resistance from communities in the future.

With regard to solar farms, we have recently seen evidence of the re-emergence of solar farm developers following a reduction in solar panel prices (circa 35-40%) offsetting the loss of government support through the removal of feed-in tariffs. Solar farms by their nature tend to have less visual impact than wind farms, however grid capacity remains a vital component. There are also concerns about panel efficiency in the longer term with related issues regarding decommissioning. On the plus side, attractive rents from £800 up to £1,000 per acre per annum are available to landowners on lease terms of 25 years or more.

There has been increasing interest in sites for batteries to enable electricity to be ‘stored’ by the grid to use at peak demand periods. By their nature these sites are less ‘land hungry’ than solar farms but are frequently an important component of renewable energy projects.

With climate change being a priority of governments across the world, we will be monitoring the re-emergence of the renewable energy sector and opportunities for landowners.

Robinson & Hall has achieved success with a number of solar and wind energy projects in this region and we would be pleased to assess the potential for your land.

If you have land which you consider might be suitable for renewable energy projects, please contact Andrew.