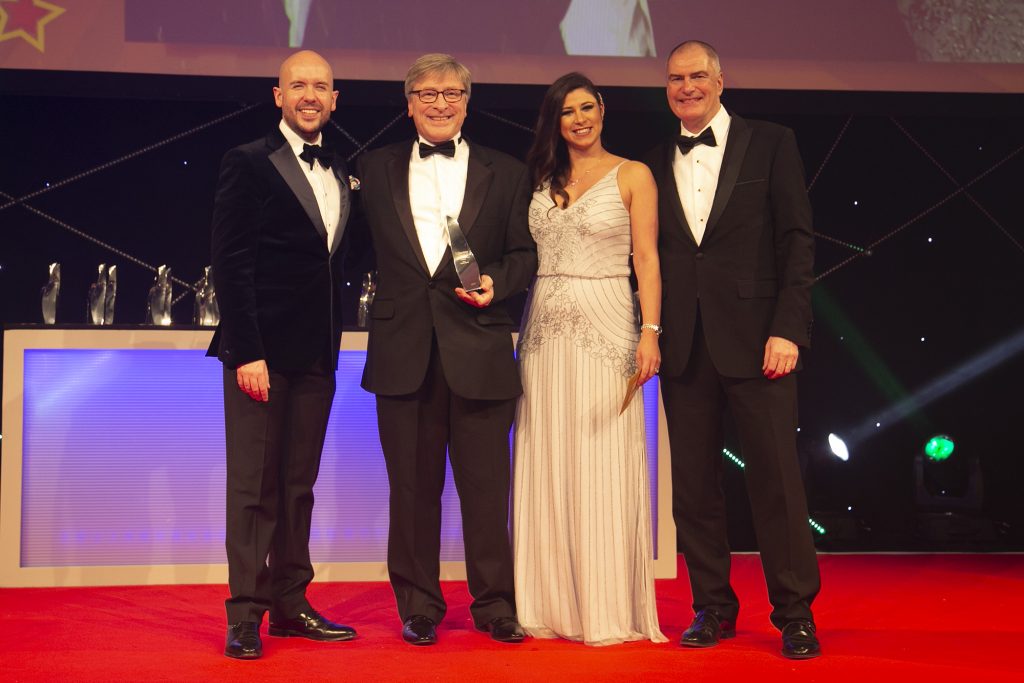 Auction House, operating as Auction House Robinson & Hall in Bedfordshire, Buckinghamshire, Cambridgeshire, Hertfordshire and Oxfordshire, has won the gold award as Residential Auction Service of the Year in the 2019 Negotiator Awards – widely recognised as the most important awards programme for the UK property industry.

The winners from every corner of the UK were announced at a gala dinner hosted by comedian, TV presenter and actor Tom Allen, in a sparkling ceremony at London’s five-star Grosvenor House Hotel on Park Lane.

Receiving the award, auctioneer Bryan Baxter said: “As far as the property industry is concerned, this is the equivalent of winning the ‘Oscars’! It’s an incredibly prestigious award and is yet another milestone achievement for the group.”

The entry list for the 2019 Negotiator Awards was the biggest in the history of the event, which continues to grow in stature and importance with each year. Auction House’s latest trophy repeats gold and silver successes at the ceremony in almost every year since 2013.

Bryan Baxter added: “Nationally, the sector as a whole has had a tough year. But our 40 Auction House salesrooms seem not only to have ridden the storm, but in many areas have been bucking the trend. We put that down to our unique combination of local knowledge, regional expertise and national coverage, which has once again proved so successful.”

Despite uncertainty caused by Brexit and the imminent General Election, Auction House November results are on a par with last year. The group sold 154 lots in November, at a success rate of 73% – up from 71% in 2018.

Commenting on the figures, Charles Lovell, Head of Auction House Robinson & Hall said: “Whilst some people appear to be putting their property decisions on hold until the New Year, others see auction as the speedy solution. With that in mind, we have sold 80% of lots offered in our 2019 auctions which are held every two months at Delta Hotel in Milton Keynes and Venue 360 in Luton.”

We are now taking lots for our next available auctions in the new year. For a free no obligation discussion to find out whether your land or property is suitable, please contact 01234 362899.